The first Industrial Revolution marks the split between “invention”, which has always been present in human history, and “innovation”, which, from that moment on, changed mankind’s way of life, so much so that it could be called a “revolution”. The term “invention” refers to the discovery of a specific technique, whereas “innovation” designates its application. The invention itself does not cause change, but its widespread and constant application does. There is some similarity between the meanings of “innovation” and “technology” and, consequently, the ability to “master” a technique becomes a competitive factor. Progress and industrialization have introduced a third element: the product, an object which has benefits for those who use it; however, these benefits can only be enjoyed if their application matches them. If we want to reap all the benefits of an innovation, we must adapt to its terms of use, first. This means changing the way we do things. However, if we try to avoid change, and attempt to use the product’s innovative aspects within the same context as existed before its invention, it is very unlikely that we will obtain the same results.

Industrial revolutions greatly accelerated technical and scientific progress, but every science develops from its past. Thus, the particular stage (of development) that one generation achieves becomes the starting point for the next.

The protagonists are engineers, businessmen, and dreamers, who are men of their own time, who are influenced by the social and intellectual structure in which they grew up and worked. Furthermore, innovators are not all the same in terms of skills, talents and inspiration. Each of them must learn about the developmental level, where their phase of science was situated, at the time they set out on their path. Some of them merely learn and disseminate; but, there are others with exceptional drive who can control innovation’s direction, answering positively to the challenges they inherit from their predecessors. When combined, people, and the environment where they work, are factors that can either favor stability or encourage change.

6 risposte a “INNOVATION IS A HUMAN FACTOR” 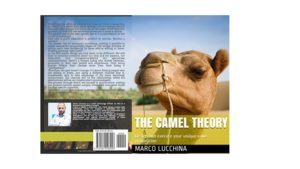